Commander Wallis and the Tentacled Menace

Commander Wallis & The Tentacled Menace is a retro turn-based tactical skirmish game in which you have to help the commander defeat large hordes of horrible monsters.

Whatever happens, you need to protect the Holy Sphere and the commander at all costs! When all monsters are defeated you can advance to the next level and test your mettle in a new and more tricky situation. 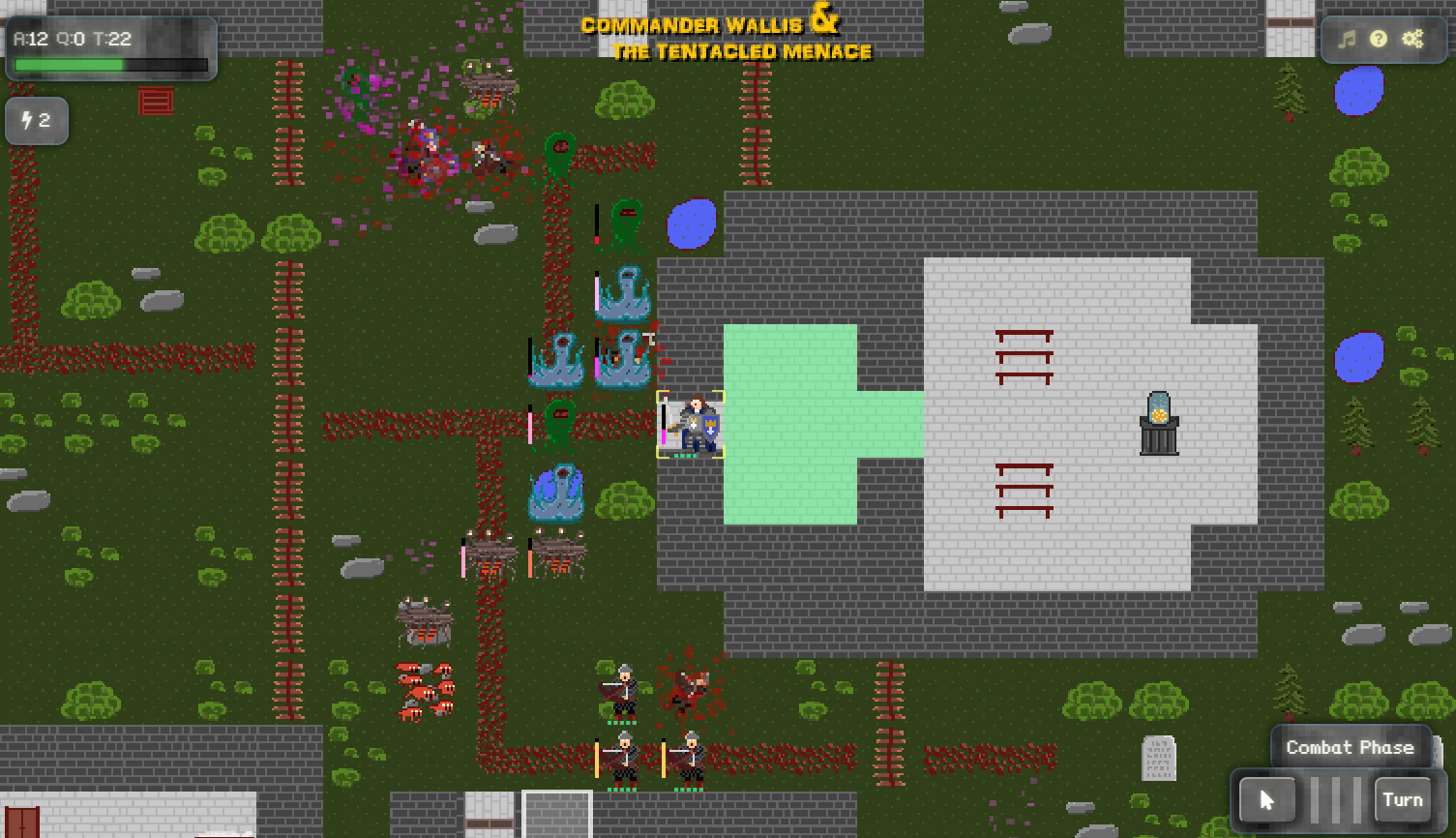 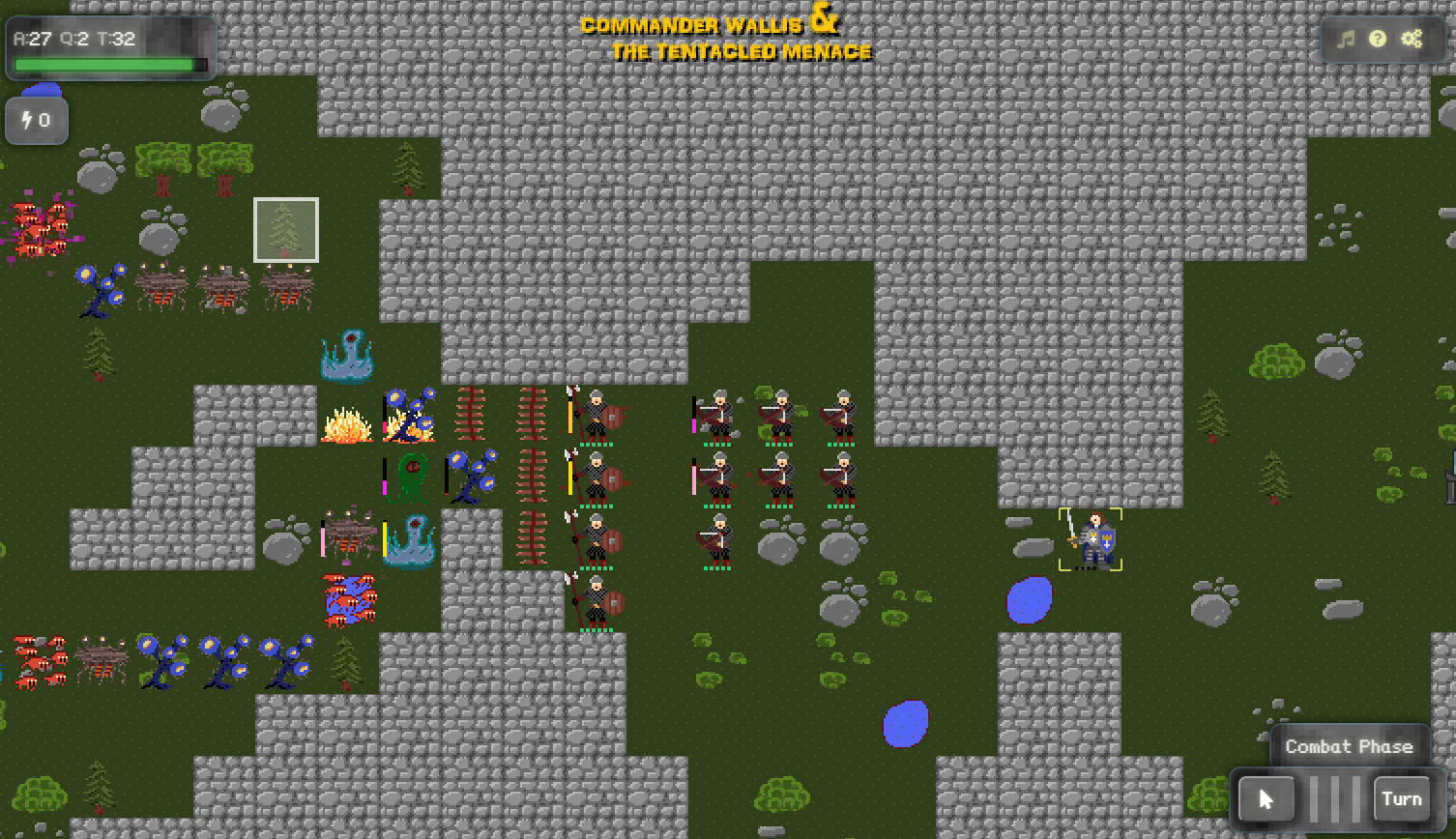 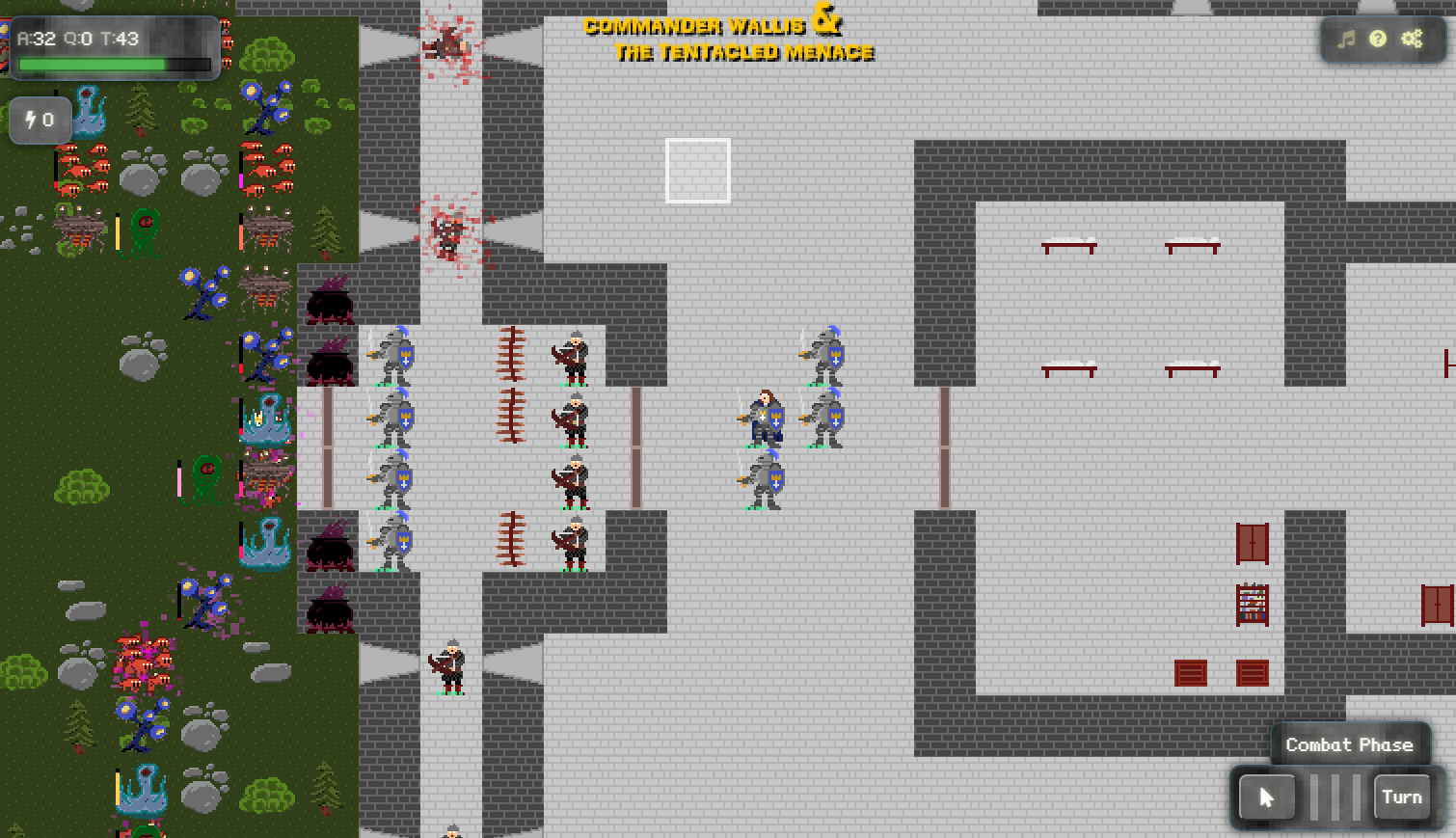 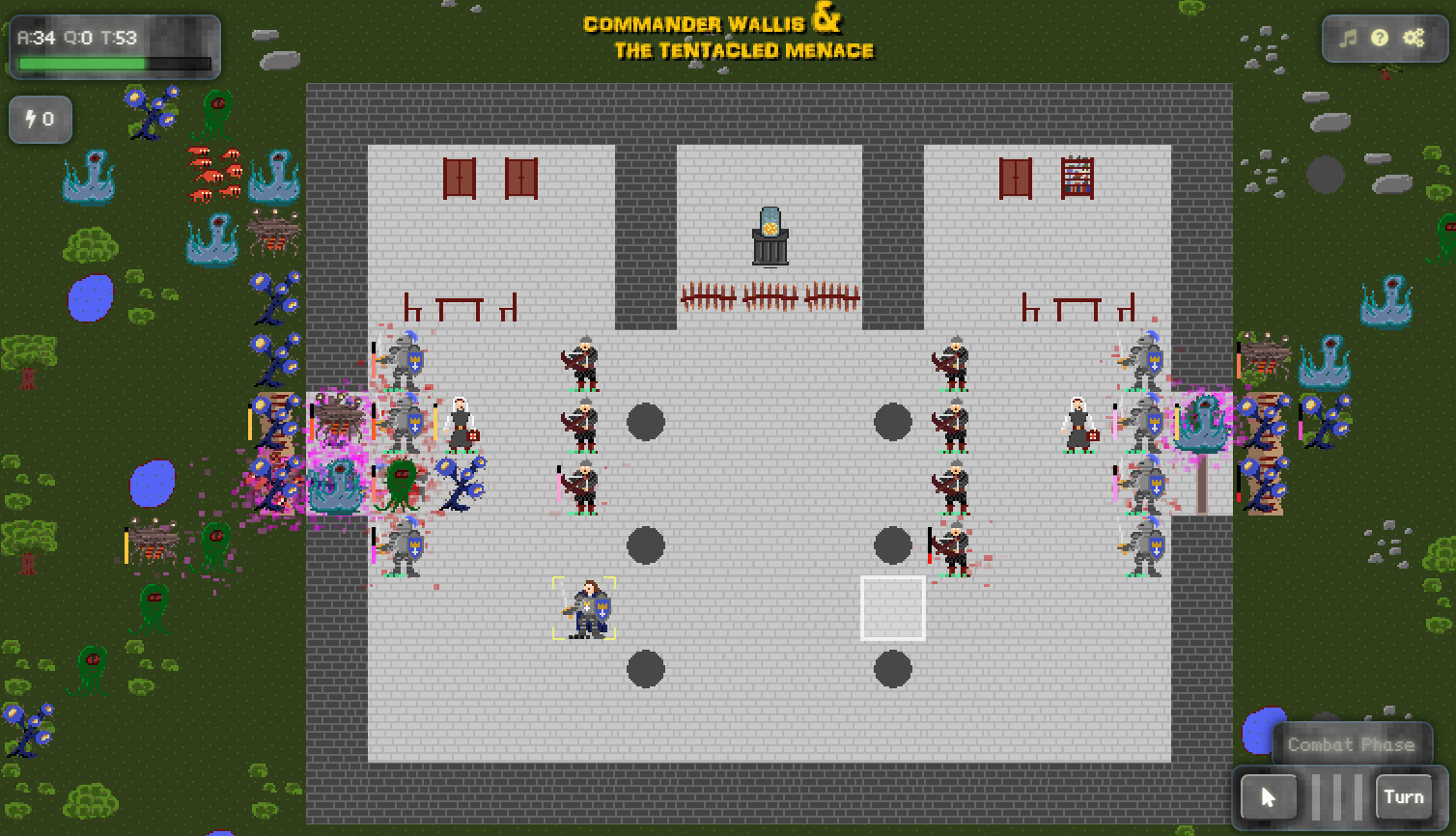 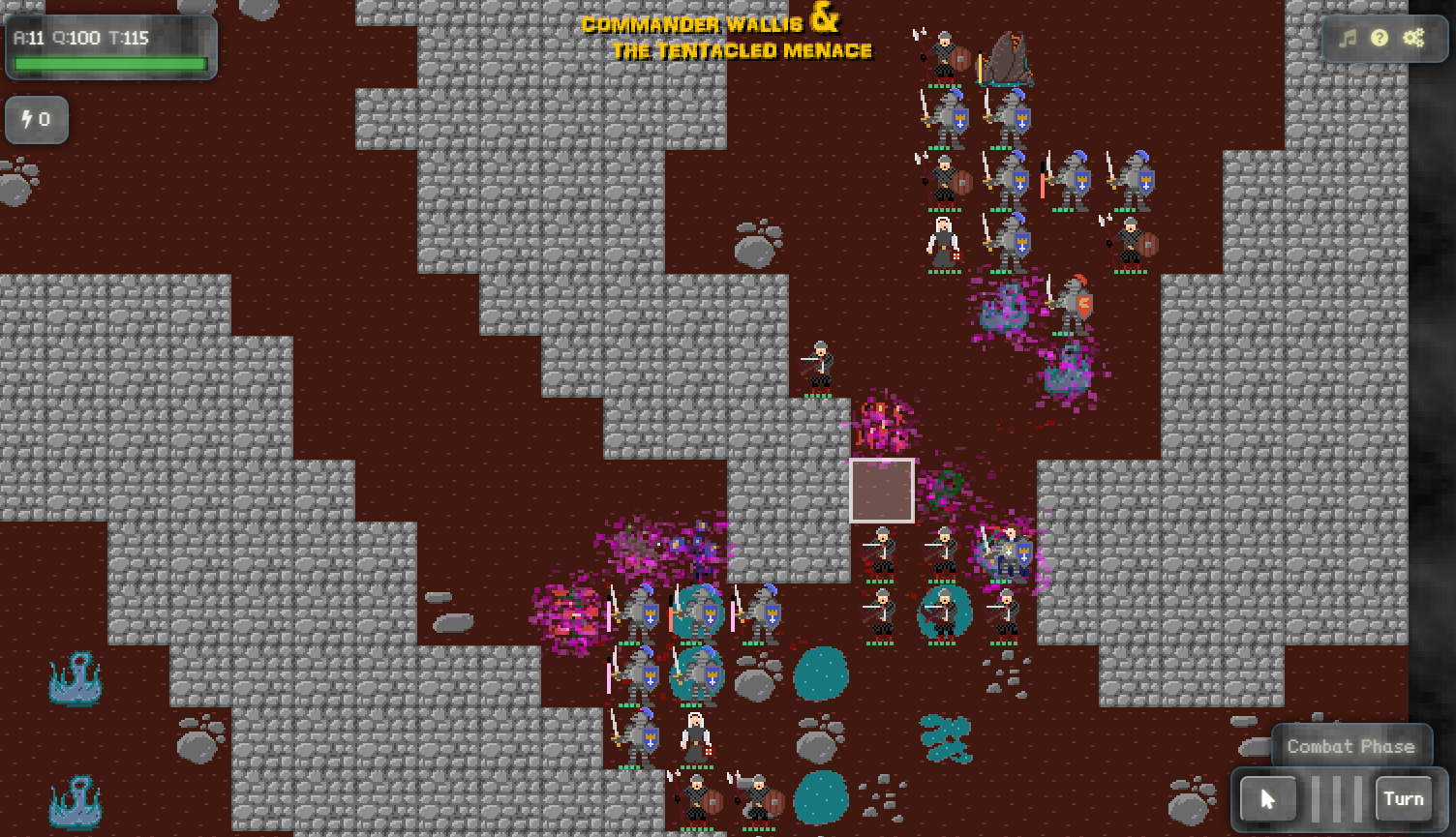